His Holiness Gyalwang Drukpa, the spiritual head of the Drukpa Lineage

His Holiness the 12th Gyalwang Drukpa was born in 1963 at Tso Pema in India. He is the spiritual holder of the Glorious Drukpa Lineage. His Holiness Gyalwang Drukpa is an authentic and accomplished Master, who embodies the pure tradition of the Lineage of the Yogis through his modernity, simplicity and the depth of his teachings. 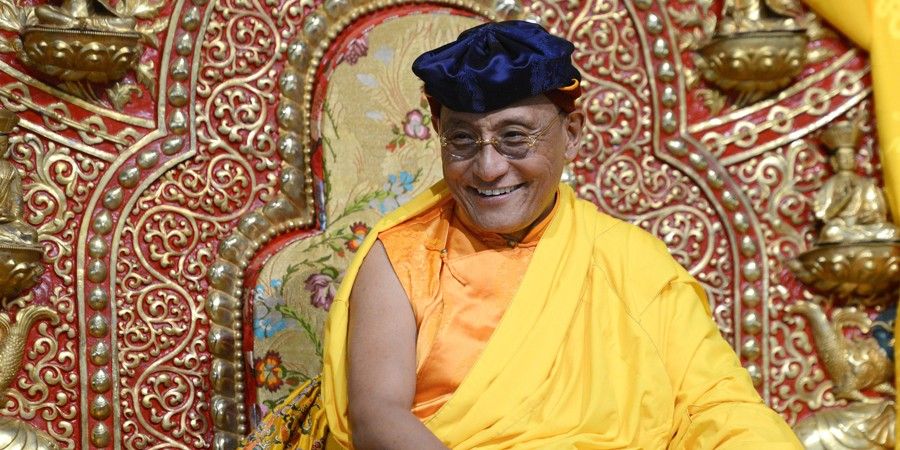 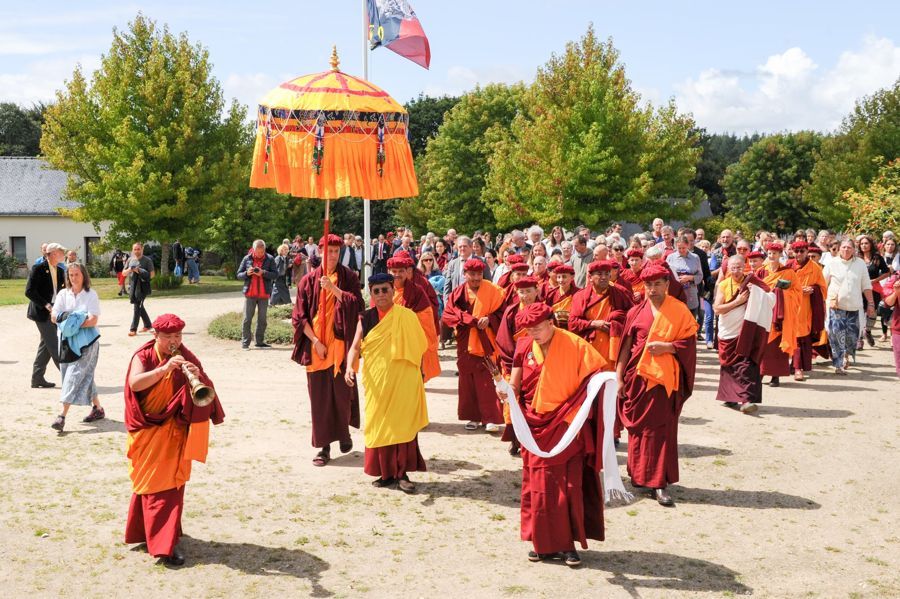 At sunrise on the tenth day of the first month of the Water-Hare year of the Tibetan calendar, while Masters had gathered at Tso Pema for the Tse Chu Festival and were performing the first dance ritual of the Eight Manifestations of Guru Padmasambhava, the sovereign Dragon returned to this world.
His father, Kyabje Bairo Rinpoche, was the emanation of the great translator and saint Vairochana, a precious Master incarnated in Kathok Zhichen monastery in Kham. His mother, Konchok Paldroen, belongs to the noble descent of Lord Nyang.
His Holiness Dudjom Rinpoche himself, the supreme authority of the Nyingmapa Lineage was present at the moment of his birth, and gave him the name of Jigme Pema Wangchen.

His Holiness Gyalwang Drukpa was officially recognized by His Holiness the fourteenth Dalai Lama, the sixteenth Karmapa and other great Masters. He was officially enthroned by His Holiness the Dalai Lama in 1966 in Dharamsala and in 1967, in the monastery of his own Lineage: Dotsok in Darjeeling.
Kyabje Thuksey Rinpoche was his main Master. He received the refuge vows and the minor ordination from His Holiness the Karmapa and studied with Khenpo Noryang, Khenpo Choedrak and Kyabje Bairo Rinpoche, his own father.
He received from Thuksey Rinpoche all the empowerments of the glorious Drukpa Lineage, the explanations that liberate, and the scriptural transmissions which form the foundations for: the instructions of Mahamudra, the six yogas of Naropa, the seven links of interdependence, the oral transmission of the Dakinis, etc. Thus he assimilated the nectar and quintessence of all the profound instructions of the Lineage.
The great Masters from whom His Holiness Gyalwang Drukpa received Teachings were mainly, Thuksey Rinpoche, Bairo Rinpoche, His Holiness Dudjom Rinpoche, His Holiness the fourteenth Dalai Lama, as previously mentionned, the Lord of Refuge Kyabje Trulshik Rinpoche, Pawo Rinpoche, Drodrupchen Rinpoche, Drubwang Kunzang Dorje Dampa, as well as renowned yogis as Lobpoen Gangri Kunzang Dorje and Gen Khyentse.

His Holiness Gyalwang Drukpa displays a very extensive activity. In addition to the monastery of Darjeeling, seat of the Lineage, there is the connected retreat center of Chitray, for the 3-year retreat. His Holiness also founded the monastery of Druk Amithaba Mountain where almost 600 nuns are living. The monasteries in Ladakh, notably Hemis, are being restored at the moment. Indeed it can be said that the Lineage radiates throughout the world, its activity extending notably in Tibet, in Kham, Nangchen and Zighar, and in India, in Darjeeling, Kampagar and Bylakuppe.
His Holiness founded many centers all over the world, particularly in Europe (Paris, London, Geneva, Monaco, in Germany, Spain, Poland) and also in the USA, in Mexico, in Peru. Some centers are also active in Asia: in Malaysia, Hong Kong, Taiwan, Vietnam and in Australia.
The activities of such a Master of exceptional radiance, are dedicated to the benefit of all beings, both on the spiritual and material levels, through numerous humanitarian activities.
Thus the educational complex "Druk White Lotus School", in Shey, Ladakh, and particularly the school, has already enabled 1000 children, including some of the poorest families from the remotest areas, to receive education within the preservation of their own cultural references.
Last year, His Holiness initiated the "Live to Love" project, urging his students and disciples to get involved in altruistic activities, educational, medical, humanitarian, as well as the protection of the environment.

Here is the list of teachings given by His Holiness Gyalwang Drukpa available on Drukpa Plouray's YouTube channel.

Getting to the Buddhist center